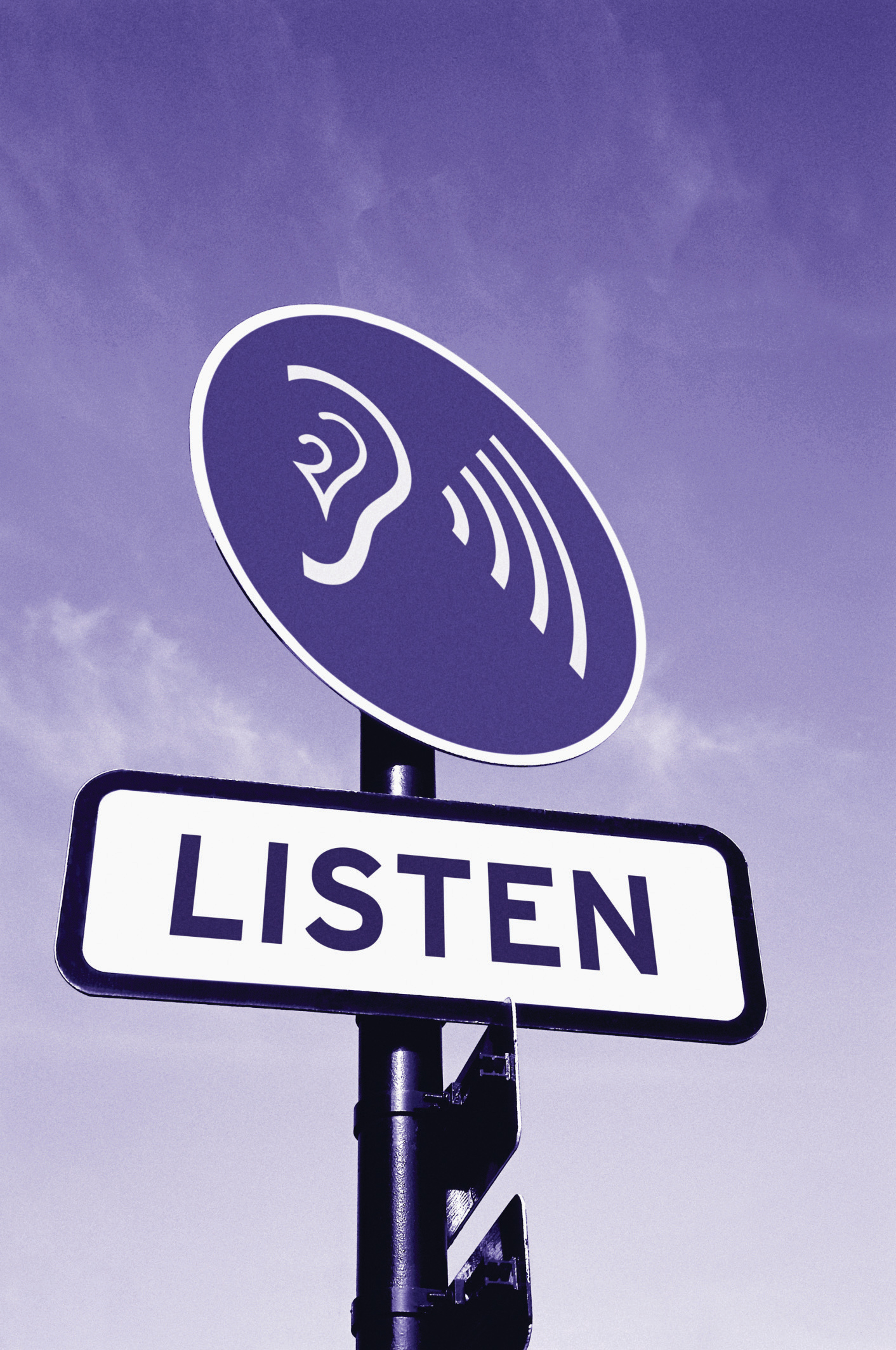 “One of the most sincere forms of respect is actually listening to what another has to say.” Byrant McHill

Listening is a process and as such doesn’t have a defined start and finish. Like the communication process, listening has cognitive, behavioral, and relational elements and doesn’t unfold in a linear, step-by-step fashion. Models of processes are informative in that they help us visualize specific components, but keep in mind that they do not capture the speed, overlapping nature, or overall complexity of the actual process in action. The stages of the listening process are receiving, interpreting, recalling, evaluating, and responding.

Before we can engage other steps in the listening process, we must take in stimuli through our senses. In any given communication encounter, it is likely that we will return to the receiving stage many times as we process incoming feedback and new messages. This part of the listening process is more physiological than other parts, which include cognitive and relational elements. We primarily take in information needed for listening through auditory and visual channels. Although we don’t often think about visual cues as a part of listening, they influence how we interpret messages. For example, seeing a person’s face when we hear their voice allows us to take in nonverbal cues from facial expressions and eye contact. The fact that these visual cues are missing in e-mail, text, and phone interactions presents some difficulties for reading contextual clues into meaning received through only auditory channels.

It is important to consider noise as a factor that influences how we receive messages. Some noise interferes primarily with hearing, which is the physical process of receiving stimuli through internal and external components of the ears and eyes, and some interferes with listening, which is the cognitive process of processing the stimuli taken in during hearing. While hearing leads to listening, they are not the same thing. Environmental noise such as other people talking, the sounds of traffic, and music interfere with the physiological aspects of hearing. Psychological noise like stress and anger interfere primarily with the cognitive processes of listening. We can enhance our ability to receive, and in turn listen, by trying to minimize noise.

Julian Treasure gives us 5 Ways to Listen Better in his TedTalk below.

During the interpreting stage of listening, we combine the visual and auditory information we receive and try to make meaning out of that information. The interpreting stage engages cognitive and relational processing as we take in informational, contextual, and relational cues and try to connect them in meaningful ways to previous experiences. It is through the interpreting stage that we may begin to understand the stimuli we have received. When we understand something, we are able to attach meaning by connecting information to previous experiences. If we have difficulty interpreting information, meaning we don’t have previous experiences or information to make sense of it, then it is difficult to transfer the information into our long-term memory for later recall. In situations where understanding the information we receive isn’t important or isn’t a goal, this stage may be fairly short or even skipped. After all, we can move something to our long-term memory by repetition and then later recall it without ever having understood it. I remember earning perfect scores on exams in my anatomy class in college because I was able to memorize and recall, for example, all the organs in the digestive system. In fact, I might still be able to do that now over a decade later. But neither then nor now could I tell you the significance or function of most of those organs, meaning I didn’t really get to a level of understanding but simply stored the information for later recall.

Our ability to recall information is dependent on some of the physiological limits of how memory works. Overall, our memories are known to be fallible. We forget about half of what we hear immediately after hearing it, recall 35 percent after eight hours, and recall 20 percent after a day.  Our memory consists of multiple “storage units,” including sensory storage, short-term memory, working memory, and long-term memory (Hargie, 2011).

Our sensory storage is very large in terms of capacity but limited in terms of length of storage. We can hold large amounts of unsorted visual information but only for about a tenth of a second. By comparison, we can hold large amounts of unsorted auditory information for longer—up to four seconds. This initial memory storage unit doesn’t provide much use for our study of communication, as these large but quickly expiring chunks of sensory data are primarily used in reactionary and instinctual ways.

As stimuli are organized and interpreted, they make their way to short-term memory where they either expire and are forgotten or are transferred to long-term memory. Short-term memory a mental storage capability that can retain stimuli for twenty seconds to one minute. Long-term memory a mental  storage capability to which stimuli in short-term memory can be transferred if they are connected to existing information. Once there, they can be stored indefinitely (Hargie, 2011). Working memory is a temporarily accessed memory storage space that is activated during times of high cognitive demand. When using working memory, we can temporarily store information and process and use it at the same time. This is different from our typical memory function in that information usually has to make it to long-term memory before we can call it back up to apply to a current situation. People with good working memories are able to keep recent information in mind and process it and apply it to other incoming information. This can be very useful during high-stress situations. A person in control of a command center like the White House Situation Room should have a good working memory in order to take in, organize, evaluate, and then immediately use new information instead of having to wait for that information to make it to long-term memory and then be retrieved and used.

Although recall is an important part of the listening process, there isn’t a direct correlation between being good at recalling information and being a good listener. Some people have excellent memories and recall abilities and can tell you a very accurate story from many years earlier during a situation in which they should actually be listening and not showing off their recall abilities. Recall is an important part of the listening process because it is most often used to assess listening abilities and effectiveness. Many quizzes and tests in school are based on recall and are often used to assess how well students comprehended information presented in class, which is seen as an indication of how well they listened. When recall is our only goal, we excel at it. Experiments have found that people can memorize and later recall a set of faces and names with near 100 percent recall when sitting in a quiet lab and asked to do so. But throw in external noise, more visual stimuli, and multiple contextual influences, and we can’t remember the name of the person we were just introduced to one minute earlier. Even in interpersonal encounters, we rely on recall to test whether or not someone was listening. Imagine that Azam is talking to his friend Belle, who is sitting across from him in a restaurant booth. Azam, annoyed that Belle keeps checking her phone, stops and asks, “Are you listening?” Belle inevitably replies, “Yes,” since we rarely fess up to our poor listening habits, and Azam replies, “Well, what did I just say?”

When we evaluate something, we make judgments about its credibility, completeness, and worth. In terms of credibility, we try to determine the degree to which we believe a speaker’s statements are correct and/or true. In terms of completeness, we try to “read between the lines” and evaluate the message in relation to what we know about the topic or situation being discussed. We evaluate the worth of a message by making a value judgment about whether we think the message or idea is good/bad, right/wrong, or desirable/undesirable. All these aspects of evaluating require critical thinking skills, which we aren’t born with but must develop over time through our own personal and intellectual development.

Studying communication is a great way to build your critical thinking skills, because you learn much more about the taken-for-granted aspects of how communication works, which gives you tools to analyze and critique messages, senders, and contexts. Critical thinking and listening skills also help you take a more proactive role in the communication process rather than being a passive receiver of messages that may not be credible, complete, or worthwhile. One danger within the evaluation stage of listening is to focus your evaluative lenses more on the speaker than the message. This can quickly become a barrier to effective listening if we begin to prejudge a speaker based on his or her identity or characteristics rather than on the content of his or her message.

Responding entails sending verbal and nonverbal messages that indicate attentiveness and understanding or a lack thereof. From our earlier discussion of the communication model, you may be able to connect this part of the listening process to feedback. Later, we will learn more specifics about how to encode and decode the verbal and nonverbal cues sent during the responding stage, but we all know from experience some signs that indicate whether a person is paying attention and understanding a message or not.

We send verbal and nonverbal feedback while another person is talking and after they are done. Verbal and nonverbal signals we send while someone is talking, which can consist of verbal cues like “uh-huh,” “oh,” and “right,” and/or nonverbal cues like direct eye contact, head nods, and leaning forward. Back-channel cues are generally a form of positive feedback that indicates others are actively listening. People also send cues intentionally and unintentionally that indicate they aren’t listening. If another person is looking away, fidgeting, texting, or turned away, we will likely interpret those responses negatively. 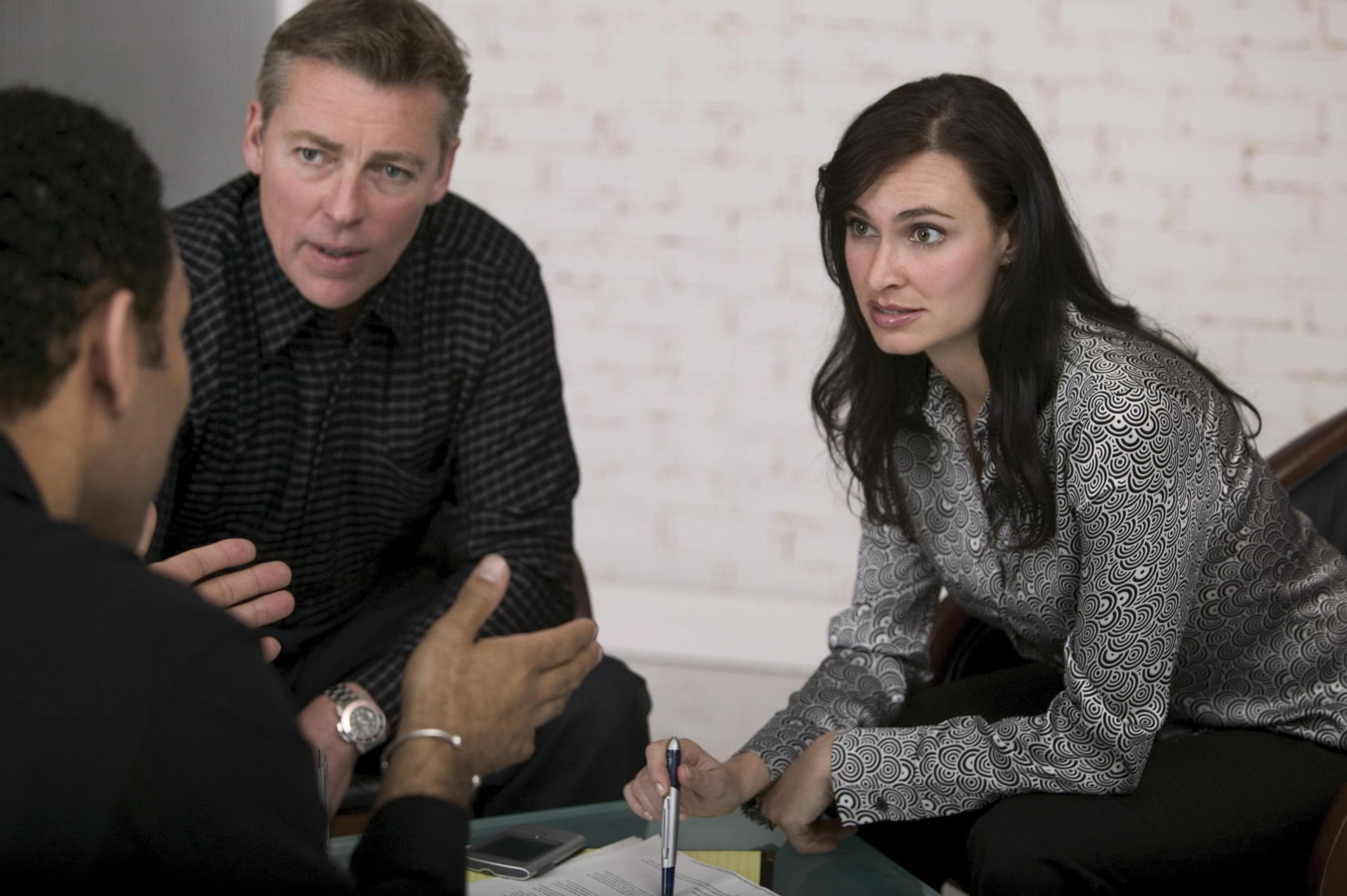 Reflection is a responding behavior that can also show that you understand what was communicated. When you reflect a message, you state back what you heard the speakers say in your own words.  For example, you might say the following to start off a reflective response: “What I heard you say was…” or “It seems like you’re saying…” You can also ask clarifying questions to get more information. It is often a good idea to pair a paraphrase with a question to keep a conversation flowing. For example, you might pose the following reflection and question pair: “It seems like you believe you were treated unfairly. Is that right?” Or you might ask a standalone question like “What did your boss do that made you think he was ‘playing favorites?’” Make sure to reflect and/or ask questions once a person’s turn is over, because interrupting can also be interpreted as a sign of not listening. Reflection is also a good tool to use in computer-mediated communication, especially since miscommunication can occur due to a lack of nonverbal and other contextual cues.

Material in this chapter has been adapted from “A Primer on Communication Studies” is licensed under CC BY-NC-SA3.0