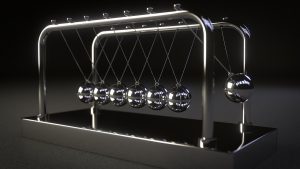 People tend to relate to communication based on one of three styles.

Aggressive communicators, on the other hand, will come across as standing up for his or her rights while possibly violating the rights of others. This person tends to communicate in a way that tells others they don’t matter or their feelings don’t matter.

Most of us tend to have a consistent way we relate to communication, and therefore conflict.  The majority of people are either mostly passive (avoidant and accommodating) or mostly aggressive (competitive) with much fewer people regularly being assertive (collaborative). That being said, regardless of where you typically land on the passive – assertive – aggressive continuum, most of us have work to do when it comes to being more assertive in our lives.

Material in this chapter has been adapted from “Human Relations” is licensed under CC BY-NC-SA 4.0